More about the Drive-In Appealing to young and old alike - the Yatala Drive-In is South East Queensland's last open-air Drive-In motion picture theatre, it's gates first opened on Sunday 27th October 1974, with only one screen and is now Australia's most modern Drive-In Theatre, boasting 3 massive screens - the biggest of which is 33.5 metres wide! The Yatala Drive-in is more than just movies; it’s about starry nights, cruisin’ in and cookin’ out!

It’s a community event really. There’s something about the drive-in that makes people extra-sociable. It’s kind of like camping out. So there are blankets, air mattresses, folding chairs, coolers, and the all important bug spray. When school holidays arrive, parents dress their youngest children in their pyjamas, and head for the Drive-In.
Cars roll in with headlights dimmed, engines purring and back seats piled high with pillows & kids. Clutching checked rugs and candy, youngsters pile out of cars as parents set up outdoor furniture beside small steel-encased speakers dating from the 1950s. Once the parking parameter is established the next port of call is the Candy Bar, filled with the scent of sweet syrupy popcorn and choc tops. Holding hands & laughing they return carrying hot dogs and popcorn, wearing the sort of smiles kids wear when they are allowed outside at night and the air is full of wonder There’s no babysitter needed, there’s no need to dress up and there aren’t any parking worries.
With no dress code rules, attire varies from shorts and thongs to cocktail wear. And some have been known to arrive resplendent in one-piece pyjamas, finished off with fluffy dog-eared slippers. This strange feeling of nostalgia and yesteryear is what keeps the Yatala Drive-In Movie Theatre alive. Dedicated to giving cinema fans a mix of retro style and state of the art sound and vision, while bringing the ‘experience’ back to a trip to the movies, they’re the third generation to work in the family business. Their grandfather Peter built the Yatala Drive-in, which he ran with his son James, the father of Peter and Stephen.
The growing Five Star chain brings back the ‘grand old days’ of cinema to Brisbane.
We look forward to your next visit,
The Sourris Brothers 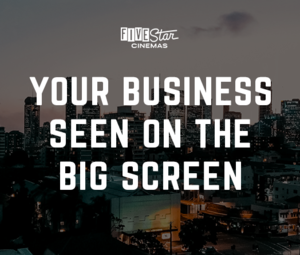 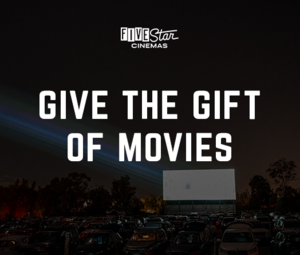